Let us start with the obvious: economically and politically Latin America is a roller coaster: every roughly two decades we can expect the most amazing U-turns.

When it comes to women’s status however, changes have been consistent and persistent across economic cycles and political swings. In 1990, only 32 out of every 100 women had a paid job and by 2010 there were already more women in than outside the labor force – 53 out of every 100 and 70 percent among women of childbearing age. Women have become better educated than men and the region’s fertility has approached a replacement level rate. Dual earner families have become more prominent than the male-breadwinning arrangement, and female-headed families have increased across countries to become, on average, a third of all households.

While these major structural changes took place, and as reliable time-use data demonstrates – care work continues to be carried out mostly within the family and remains almost exclusively in women’s hands… regardless of whether they participate in the workforce! Men’s participation in care work is the most democratic affair (for men anyways) as it is independent from income, age and family responsibilities.

The resulting “care squeeze“ poses numerous barriers for women’s entering and remaining in formal jobs; for the earnings they receive; and for their access to pensions and other forms of social protections.

As a result women have higher chances of being poor and are over-represented in informal jobs – both salaried and self-employed – which are unregulated and lack social protections such as maternity leave.

Honoring the region’s high income inequality – the highest globally -, in the absence of solid state policy ways to cope with the “care deficit“ can become part and parcel of a self-reinforcing reproduction of poverty and inequality.

Indeed, women who are better off can outsource care responsibilities and diminish their effect on their working lives. Domestic workers, hired by wealthy families, make up 15 percent of the urban female labor force making paid domestic work a dominant and stratified mode of care resolution in the region.

Meanwhile, low-income working women rely on informal care networks (paid and unpaid, and mostly composed of extended family and neighbors); reduce their paid working hours; move from formal and socially protected jobs to informal jobs; or are forced to leave the labor force altogether. For example, by 2010 roughly 50% of the total working population had old-age protection, while only a quarter of paid domestic workers did.

During the past decade and a half governments began to slowly catch up with changes in families and labor under a more general push for equity-enhancing policies.

On the provider end, one of the most important policy changes is the end of legal discrimination against paid domestic workers – for example, in mandating longer legal work hours, making it especially difficult for this vulnerable group to attend to their own care responsibilities. Eleven of the 19 Latin American countries reformed laws on domestic workers, and seven of these countries now grant equal labor rights to this group.

On the receiving end of care we witness the expansion of Early Child Education and Care (ECEC) services. Between 2000 and 2010, the proportion of children 0-3 years of age enrolled in childcare doubled in Chile and multiplied by six in Ecuador. The public sector plays the most prominent role, covering between 60% (Chile) and 80% (Guatemala) of all children enrolled.

While in some countries such as Brazil and Uruguay ECEC has been established as a right of all children, in most countries the programs are targeted to vulnerable children specifically, often drawing on means testing. Still, most of the programs for 0 to 3 year olds provide full-time hours and implicitly recognize the needs of working mothers, and some of them explicitly target their children. A combined set of criteria is therefore at work: social equity and maternalism; the latter understood as care being women´s exclusive capacity and responsibility. This said, national programs in the region overall remain small, and only in Brazil, Chile, Colombia and Uruguay do they cover more than 10% of children in this age range.

In employment-based leaves, policy reforms in at least five countries have increased the eligibility and access of more vulnerable female workers to maternity leave, while many others established programs to provide subsidies and assistance to low-income pregnant and lactating mothers, but not necessarily based on their participation in the labor market. There have also been increased initiatives to ensure a maternalist floor, which we define as the ILO-recommended 14 weeks of leave, to allow the mother to recover from childbirth. In at least eleven countries, laws were passed to promote and facilitate breastfeeding. Indeed, the countries where policy reforms on maternity leaves established leaves beyond 14 weeks, breastfeeding was a dominant focus, therefore reaffirming the maternalist take we found in the case of ECEC.

Where we hardly see movement, in both framing and in policy design, is toward more paternal co-responsibility in the care of children. While many countries established short paternity leaves in the last 15 years, in most the length ranged from two to five days with a few outliers granting 10 to fourteen days (Uruguay, Venezuela). The prevailing purpose of these leaves is to accompany the mother in childbirth and return from the hospital rather than to initiate a more active paternal role in caregiving. Public discussions on the role of fathers in caregiving are still at initial stages, and few countries have seriously attempted to encourage fathers to become more involved through initiatives such as shared parental leave, let alone so-called “daddy quotas”. Only Chile and Uruguay have, in the last five years, established the option of shared parental leaves, and so far, take-up rates among father appear to be very low.

Over-all, policy change regarding work and family since 2000, lies far behind the major structural changes the region has experienced. At the same time, policy efforts suggest that the need for a deliberate and comprehensive government responses to involve state institutions, and to a lesser degree men, in care giving is here to stay. In years to come, the main issue at stake will not necessarily be whether or not governments should do more about work and family relations, but what it is that they should be doing.

This blog draws on a UN Women Discussion Paper that Blofield and Martinez Franzoni published in October 2015, available at http://www.unwomen.org/en/digital-library/publications/2015/9/dps-are-governments-catching-up 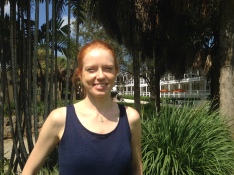 Merike Blofield is associate professor of political science at the University of Miami. Further information on her work and publications can be found here http://www.as.miami.edu/politicalscience/people/tenure/merike-blofield

Juliana Martinez Franzoni is associate professor at the University of Costa Rica. Further information on her work and publications can be found here https://sites.google.com/site/julianamartinezfranzonijmf