We need a ‘relational state’ to get a better (relational) social inclusion. The traditional welfare state was based on an outdated, transactional model that should be replaced by a new societal configuration characterized by being shared, associational and relational. We need a truly responsive societal organization that builds the capabilities of all relying upon a new framework that values and builds welfare on social relationships. A form of welfare that understands that a social issue stems from a factual configuration of the social relations between people and not in their individual resources; that loneliness makes you sick and eventually kills; that personal insecurity or poverty depends on the lack of a reliable social network surrounding you; that you need someone to stand by your side when you have grown up in a community that no longer remembers decent work and you are confronting all the problems of violence, depression and anxiety that go along with this.

A relational welfare is not just an idea. Its basic principle is to provide better civic welfare, sustainable primary care, and to solve a number of practical ordinary tasks, through the building of rich social networks empowering the people involved in a difficult condition. A relational approach defines not just the goals but the way people can get there. Relationships are the glue that keep people together and the relational state can build public services that foster good relationships. For instance, a service can create opportunities for those seeking work, by providing someone to vouch for you, to support you, and reflect with you. It will build a social network around you within this framework, including the support for the small businesses that will drive job creation.

There are some major areas where scholars should set out their ideas more fully. The first is how people working in public services can be supported to acquire the skills required by the relational state. The skills and capabilities of people working in a relational state will be different to those in the ‘delivery state’. There are plenty of new local initiatives showing the ability to empathise, communicate, listen and mobilise networks of stakeholders (citizens, professionals, public and private organizations, thirs sector associations) to achieve social goals. We need to identify new roles that staff will play in twenty-first century public and private services (‘catalyzers’, ‘navigators’, ‘brokers’, ‘storytellers’, ‘resource-weavers’, ‘activators’) as part of a process of supporting citizens to be co-authors of their own lives. Social workers should be trained in learning new methodologies of relational work. Supporting professionals in acquiring these skills and building effective relationships is a key challenge, but one which professional bodies, universities and service providers are not yet well set up to meet. They need a new approach to welfare that can be called ‘ODG steering system of welfare’, operating through a relational observation (O), a relational diagnosis (D) and a relational guidance (G) of social issues.

A second area where more development would be useful is on how the emphasis on relationships will intersect with an outcomes-focus. Concrete outcomes – less poor people, fewer families in crisis, less unemployment for instance – can be pursued provided that we understand how to manage relational feedbacks instead of mechanical (positive/negative) feedbacks. In fact, we can talk of relational outcomes as a new configuration of relations, achieved through relational steering, leading to the resolution of a social problem. Relational outcomes can be measured, although with different methodologies in respect to quantitative performances. The complex links between social relationships, outcomes and culture can be investigated within the new framework of social morphogenesis.

Another area is concerned with the discussion about the practices of personalizing welfare provisions, in particular devolving funding down to the individual level through personal budgets and how they will intersect with the emphasis on relationships. The literature on social work has highlighted potential tensions between individualised funding and social work based on valuing relationships. Personalisation does not (and should not) mean individualisation. To reduce the human person to an ‘individual’ means to embrace a flat ontology, namely one that fails to accord sufficient weight to the primordial and existential realities of human inter-dependence, inter-being and symbolic interaction. This is not to deny the importance of personal choice and control in life planning, but rather to argue that they are best positioned within an ontological framework where inter-being, sociability and the socially reflexive nature of the self are to the fore. The relational state should refer to ‘relational subjects’.

This new relational model of governance relies more on de-centralized civil society initiatives, media exposure and business self-regulation than on active state intervention. It adopts the principle of subsidiarity together with the principle of solidarity, which means to overcome the defensive and restricted interpretation of subsidiarity as mere ‘devolution’ or ‘let people do things by themselves’. It means enforcing an active and promotional interpretation of subsidiarity as ‘a way to help people to do what they have to do’.

The target of the new welfare state is to realize a relational citizenship, which has three basic characters: a) it consists in the complex of civil, political, social, economic and human rights, understood and managed as relational rights (which includes entitlements not only to the individuals, but also to those social spheres where these rights are to be implemented); b) it must interconnect the rights stemming from ‘above’ (state citizenship) with the rights stemming from ‘below’ (societal citizenship), so to promote the flourishing of differentiated and multiple forms of citizenship; c) it should confer citizenship not only to the individuals, but also to the intermediary social formations operating in civil society, where free and equal citizens can practice an associational democracy generating relational goods. In other words, the relational welfare state takes care of the social relationships among citizens, and operates relationally in the field of welfare activities run by all societal actors. It can reinforce the best aspects of systemic and social integration at the same time. 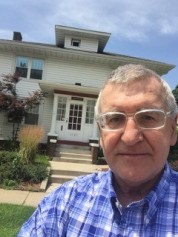 Pierpaolo Donati is full professor of sociology at the University of Bologna (Italy). Past-President of the Italian Sociological Association, he is known as the founder of an original ‘relational sociology’.